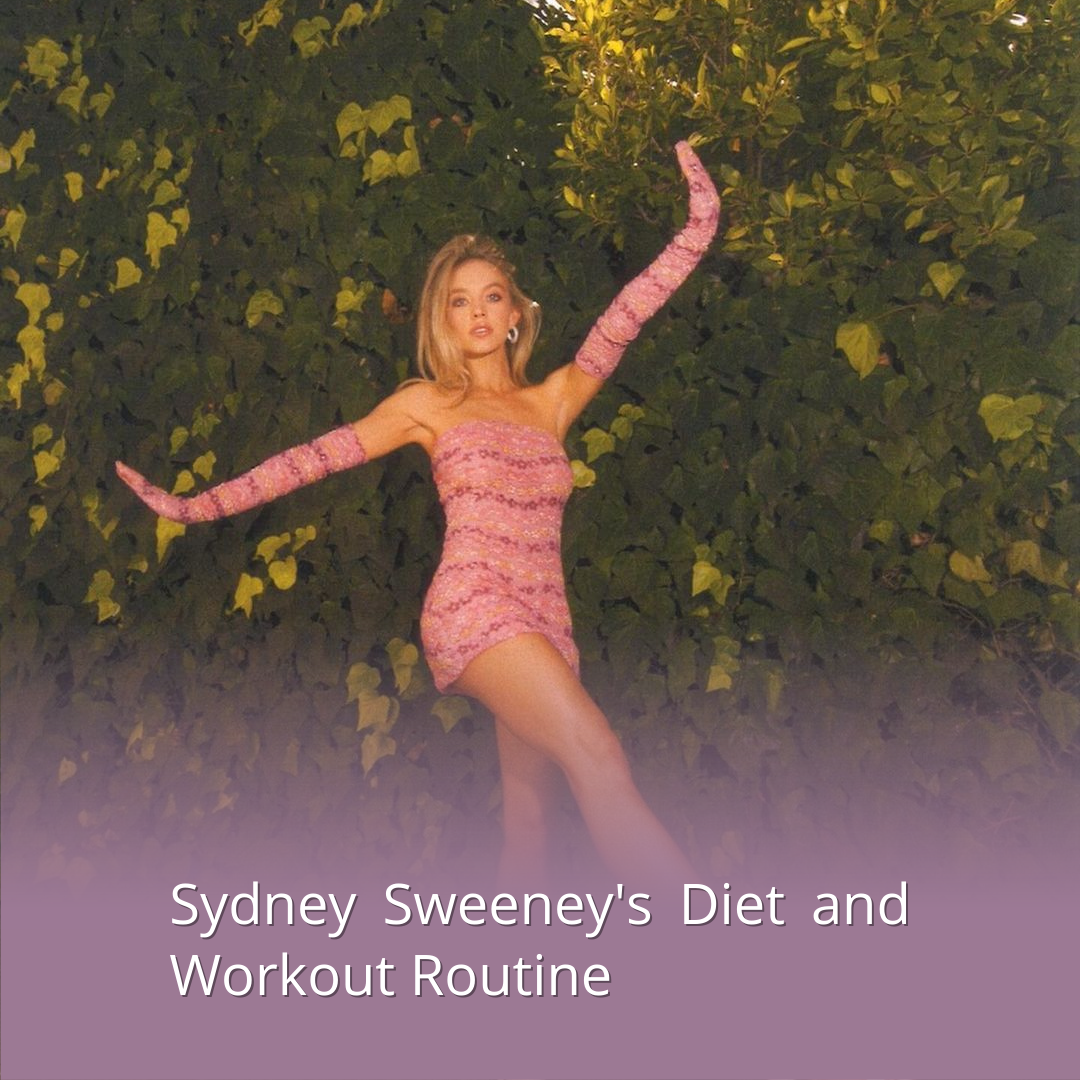 I can’t be the only one sucked into the world of Euphoria. In it, Sydney Sweeney is amazing! She’s an incredible actress and always looks beautiful and so, so stylish.

I also love that, despite her popularity and quick rise to fame, Sydney seems like an open and real person. For instance, she’s shared some of her own struggles with body image and gaining self-confidence. In the past, she dealt with body dysmorphia, and she even was bullied for her body in middle school. Playing Cassie on Euphoria has really helped her embrace her body!

To Sydney, achieving self-confidence is part of a daily process. It includes a lot of self-care, which for her involves watching HGTV and spending time with her dog. Sydney also acknowledges that, even though her body is in the public eye, it’s her body! And she gets to choose to be grateful for it and for what it will do for the rest of her life.

Here is how Sydney takes her care of herself through her exercise and diet:

RELATED POST: Living with Body Dysmorphia and Its Effects

As a child and teenager, Sydney was a picky eater. She never considered herself a foodie. Then, as she entered her twenties, something changed, and she started to want to try all sorts of new foods.

On a day-to-day basis, Sydney’s diet is pretty laid back, just like she is. She doesn’t have any major restrictions that she has disclosed, and she doesn’t mind eating the occasional burger.

One of the most unique things about Sydney’s diet doesn’t even have to do with food! Instead, it’s about what she likes to drink. Sydney decided when she was 12 she would only drink water, and she’s stuck with it. She hasn’t even tried coffee!

RELATED POST: Is Coffee Good for You and Can It Help With Weight Loss?

What Sydney Eats for Breakfast

Sydney really likes berries, and typically eats some most mornings. Beyond this, she likes to switch up. Sometimes she’ll have a piece of cinnamon toast or a croissant.

What Sydney Eats for Lunch

When on vacation, Sydney likes to grab pizza with plenty of greens on it.

If she wants to grab fast food, Sydney loves a Chick-fil-a chicken sandwich. When Sydney wants a snack in between meals, she likes to grab dried mangoes. Delicious!

What Sydney Eats for Dinner

If she’s feeling fancy, Sydney loves meals with truffles in them. One of her favorite restaurants is Oak Tuscan Truffle Lounge in New York City. There, she can eat truffle burgers, fries, and even dessert. Sounds decadent!

Since she doesn’t drink coffee, Sydney likes to indulge in pick-me-ups through the occasional sugar. Her favorites are Swedish fish and gummies. If she wants to celebrate, she’ll drink a Shirley Temple. She also loves ice cream, and she says cookies are the way to her heart.

RELATED POST: How Much Sugar Should You Have In A Day?

Sydney has played a variety of different roles such as The Handmaid’s Tale, Sharp Objects, White Lotus. Her characters have all been different, but, in many ways, they are all about themes of strength as a woman. That’s certainly an idea that applies to Sydney in personal life too! As glamorous and beautiful as Sydney is, she’s also just as strong and tough!

In general, Sydney takes a flexible approach to her workouts. She walks, goes for runs, engages in martial arts, and even dabbles in yoga! What I love about her fitnes routine is she’s willing to push herself, have fun, and try new things.

Sydney goes for a lot of walks! On a good day, she walks for at least four miles, which is about 6.4 kilometers. She likes to split up her walks in half. In the morning, she goes for a two mile walk with her dog. They repeat the walk in the evening too.

In addition to going for walks, Sydney likes to go for runs when she has the time and energy. Running is a great way to burn a lot of calories and to improve your cardiovascular health.

As you might know, I love walks and highly recommend them. Going on power walks is an excellent way to develop slim legs and to burn fat! I really like that Sydney has incoporated walking into her natural routine with her dog. Making exercise a part of normal life is an excellent way to stay committed to it without it feeling like a chore.

RELATED POST: Why You Need Cardio for Lean Legs

Sydney does some occasional yoga, as well as different types of meditation. However, she struggles to do it too often. She prefers more active forms of exercise because she struggles to quiet her mind enough for yoga.

When Sydney has an extra hour to spare, she loves following along with a workout class or an online video. I love the convenience of working out from home too!

Sydney typically does her at-home workouts through Dogpound. These workouts are typically full-body workouts that put a lot of emphasis on the core. Some moves in a dogpound routine might include:

Sometimes, Sydney doesn’t have the equipment for the moves they do. If that’s the case, she improvises with what she has at home.

Sydney began doing martial arts at age 14. In fact, she’s a trained MMA fighter! When she was 18, she received first place in a competition against men who were in a higher weight competition than her! Amazing!

She continues to do martial arts today. One of her favourite forms of martial arts is boxing. She shared a video of one of her boxing sessions on her Instagram page, and she packs a punch!

Boxing and other types of martial arts can be excellent forms of workouts. They get your heart rate up, and they force you to use muscles throughout your body. Sydney has an amazing core and great abs, and she probably developed them through boxing.

Because of all of its benefits, boxing is a pretty popular form of exercise amongst celebrities and models. People like Zoe Saldana and Courtney Cox also use boxing to keep them in shape!

Sydney is a very positive, relatable person, despite her amazing success as an actress. She works very hard in everything she does, but she also takes time to treat herself well, care for her dog, and improve her mental health.

I so admire the way Sydney approaches the spotlight. She’s open about her body-image struggles, something that so many women can relate to! But she is also upfront about being thankful for her body and all the amazing things it can do. That inspires me!

WANT TO KNOW YOUR BODY TYPE?

We’ve Created A Quiz To Help You Determine Your Body Type! 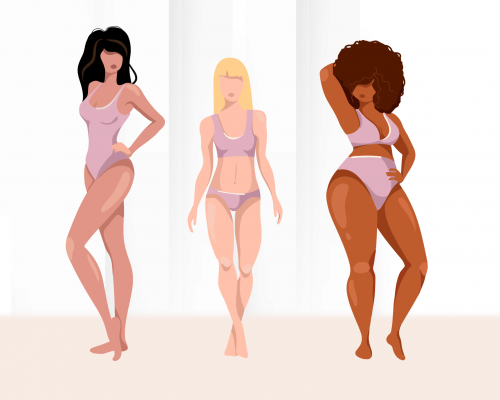 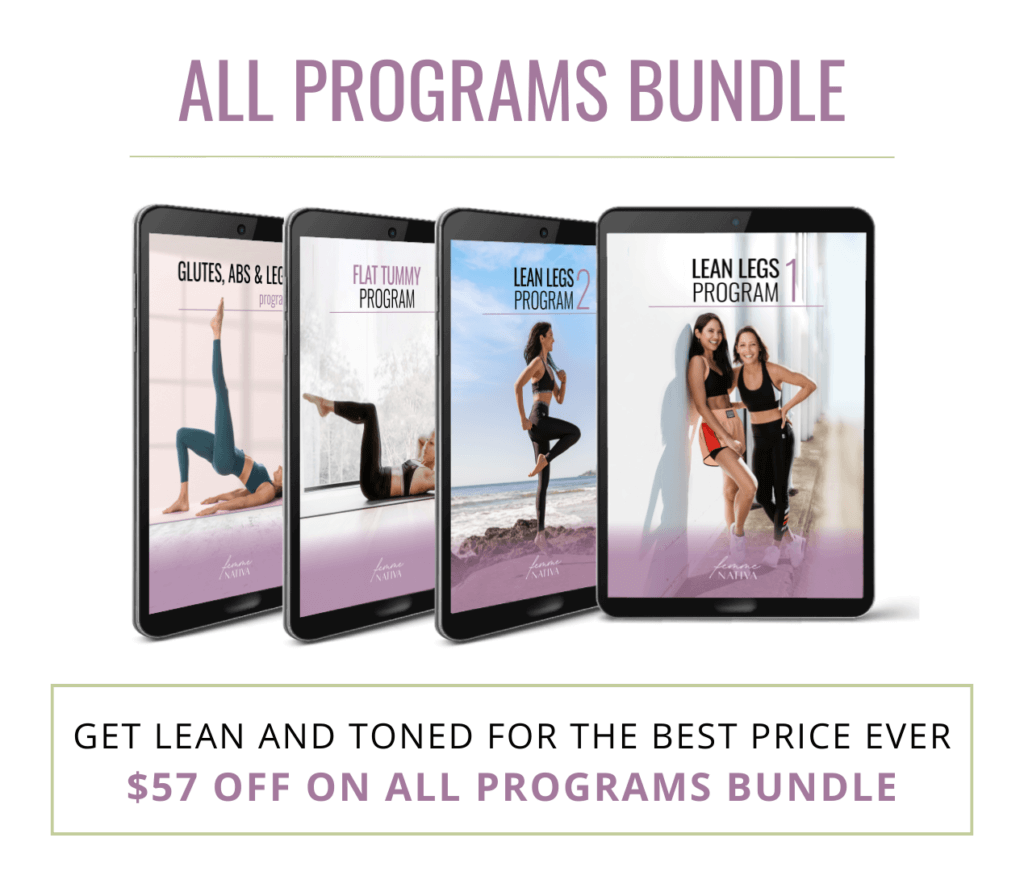 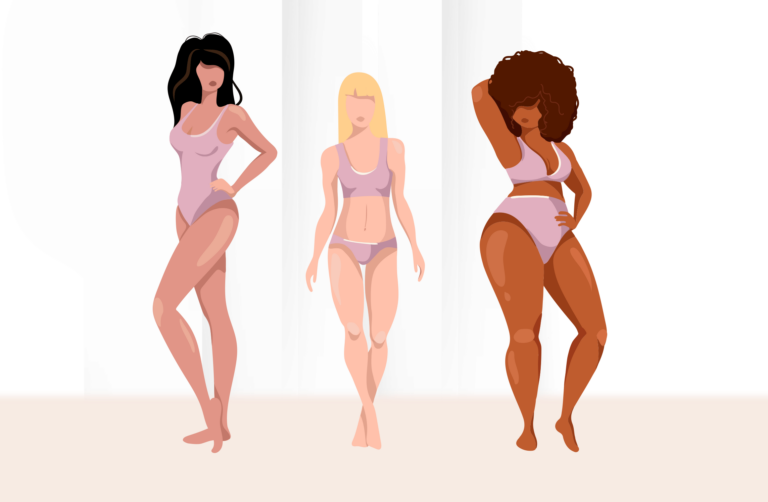